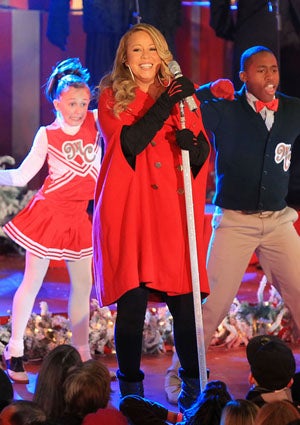 Mariah Carey, the uncontested queen of holiday albums, said that this holiday, and her new holiday album, is even more special because of the bundle of joy she’s bringing into the world. While speaking to Radio Disney’s Ernie D, Carey confessed that she made her new Christmas album, “Merry Christmas II You,” for the baby. “I was recording this when I found out I was pregnant!” The singer and soon-to-be mommy released her new holiday album on November 2, and ABC television plans to air her musical special, “Mariah Carey: Merry Christmas to You” on December 13.