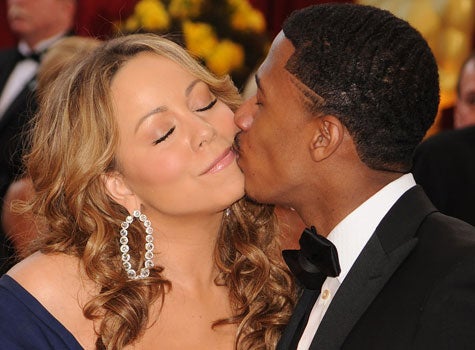 Is Mariah Carey in labor? Last night, as Nick Cannon was catching a flight back to New York, he posted a tweet that left many speculating that his wife was about to deliver their twins…

“On a plane back to NY. Praying dem babies wait for daddy to come back before they pop out!” he tweeted.

That was enough to send the blogosphere into high alert, especially after Carey was rushed to the hospital over the weekend when she started having contractions.

Earlier this week, Carey tweeted a photo of her baby bump decorated with a drawing of a butterfly.

We’ll be standing by to see if the twins are on their way. They’re said to be due in April.