By clicking Sign Up, you agree to our Terms of Use and that you have read our Privacy Policy
Skip to content
By Breanna Edwards · Updated October 23, 2020
The man wanted in connection for the murder of a mother, who was shot dead in front of her baby early Friday, surrendered to the police on Monday. ABC7Chicago reports that Tyrese Lynch turned himself into Philadelphia Police at around noon Monday in connection to the killing of Isis Williams. Williams, 24, was found dead early Friday morning. Williams’ aunt, Aspara Agyeman, said that Williams was on the phone with her mother when gunshots sounded. “Her mother heard the shots,” Agyeman said. Williams’ newborn daughter, who was only five days old, was in the crib just steps away when the shooting occurred, police say. The baby, who is also Lynch’s child, was not harmed, although there were signs of a struggle inside of the home. Neighbors said they overheard an argument before Williams was found dead. 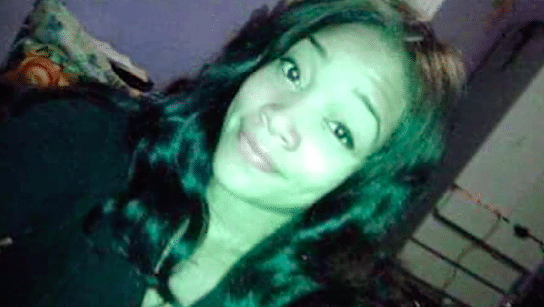 “He was calling her derogatory names,” neighbor Melvina Hall told the news station. “It was very loud.” The baby girl is currently staying with Agyeman. “Even though I may be the one that ends up raising her, she’s gonna know that Isis is her mother and that she was loved,” she said. Williams leaves behind two other children. The family has started a GoFundMe to help raise funds for Williams’ funeral, as well as for the future care of her children. In the GoFundMe post, a person identifying themselves as Williams’ cousin said that she was in an “abusive relationship with her baby father.”