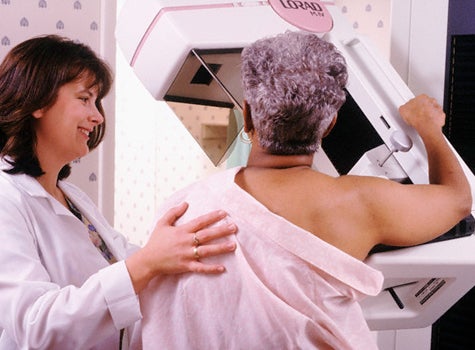 The U.S. Prevention Task Force (USTF) just released new guidelines that suggest that women do not need to begin getting mammograms until they turn 50 instead of the previously suggested age 40. The USTF also suggested that self exams are not recommended any more as the found they do not reduce breast cancer death rates.
According to CNN, other cancer awareness organizations also suggest that women should spend less time on self exams and just try to be aware of the changes in their breasts.
This information could be damaging to African American women, who statistically visit the doctor less frequently than other ethnic groups. It’s been noted that breast cancer tends to develop in Black women at an earlier age than that of other groups and AAW’s are more likely to die from breast cancer. Some breast cancer awareness advocates worry that the release of the USTF’s information might actually encourage women to become less aware of their breasts and visit the doctor less frequently, which could lead to an increased breast cancer death rate.