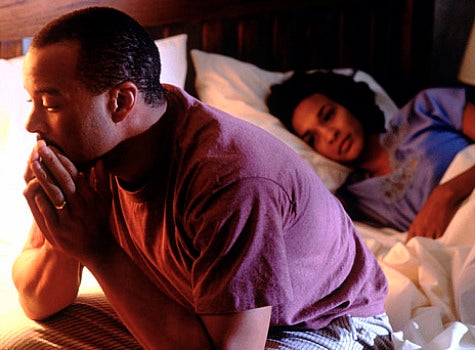 Infidelity, sadly is not a new or novel event within the course of a marriage. It is estimated that anywhere from 40 to 50 percent of men will cheat, and 23 to 30 percent of women will stray as well. Both men and women cheat. Cheating can implode a marriage, destroy families and stamp out trust which is a cornerstone of a stable marriage. It is unlikely that most of us become adults without having had at least one experience of being betrayed in a relationship. It hurts. For most folks, the pain of either causing or being the recipient of heart-wrenching actions teaches emotional lessons that inform how we should act to avoid being hurt or hurting others. Some folks clearly don’t get memo and can’t stop or just won’t stop acting in selfish, destructive ways.  Why?  If nothing else, the media storm analyzing Tiger Woods trysts have highlighted the issue of sex addiction and the angst of being married to a sex addict. For the record,  I don’t think that Tiger Woods is a sex addict, but one couple recently shared their story of living with sex addiction on ESSENCE.com Could it be that “for better or worse” includes infidelity? Are we being too sensitive and adamant about how we would react when cheated on? Clearly, not every couple quits after an affair. In fact, nearly 40% of couples will stay together. Could you? True sex addiction is a brain disease. The brain likes reward and will continue to push for behavior that fuels good and pleasurable feelings. The end result is more than just not being able to stop destructive actions, jobs are lost, relationships sacrificed and over-all functioning altered. Like any addict, outside therapy or treatment is needed to assist in what will in all probability be life-long challenge. The behavior of a sex addict works to promote self-blame, guilt, anger, humiliation and emotional detachment in themselves and their partner. By nature of being in a relationship, both partners have to examine themselves and their role in the current state of the marriage.  This is not easy stuff. The non-addicted partner has been exposed. Exposed to reality and lies, in some cases potential health issues (like HIV and STD’s) and has to determine if the relationship is worth saving. Almost two-thirds of ESSENCE readers  say, worth saving?  ‘hell no”, the marriage is over. Really? I don’t buy it. It is easy to check a button yes or no, or have an opinion on what someone else should do in their own relationship. I don’t have the answers. The sex addicted partner has to tell the complete truth and be wiling to live their whole life in process and with emotional support and therapy. Without trust, a marriage is vulnerable and unhealthy. Both folks have to deal with their own feelings in what are very different ways. It may be possible for the marriage to improve secondary to scraping the emotional core and building upon what’s left.  What do you think? Read More: