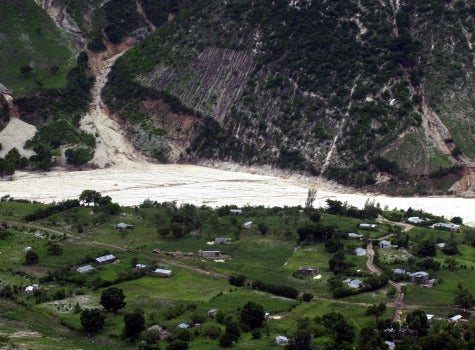 A 7.0-magnitude earthquake hit the island nation of Haiti today, collapsing a hospital, according to Telegraph. A tsunami watch is in effect for nearby nations, the Dominican Republic, Cuba and the Bahamas. The quake hit approximately 10 miles outside of Port-Au-Prince. There have been no immediate casualty reports. The Haitian secretary of state has called the earthquake, which was followed by an aftershock of 5.9-magnitude, a “catastrophe.”