According to People, the star posted an apology to her Facebook page for the images that depict the music and civil rights icons with black cords covering their faces.

The images were posted to promote her new album, Rebel Heart, in which she appears on the cover with the same black cords across her face. She has also posted similar images of notable figures including Michael Jackson, Jean Michel Basquiat and Princess Diana.

“I’m sorry,” Madonna wrote in a Facebook post. “I’m not comparing myself to anyone. I’m admiring and acknowledging their Rebel Hearts.”

She also defended the posts, saying, “This is neither a crime or an insult or racist!”

Madonna says that although the pictures are the works of her fans, she stands behind them.

“I didn’t do it. My fans did. And I just re posted those photos. My fans aren’t racist either. If they put me in the same category as these other people, thank you.  I’m very flattered and I hope one day to live up to 1/100th of what those people accomplished.” 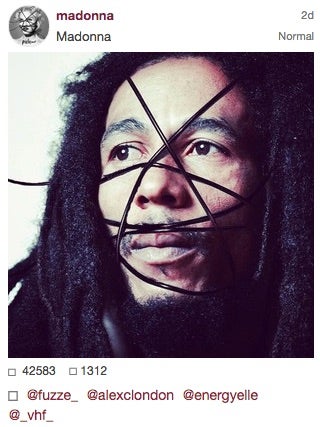 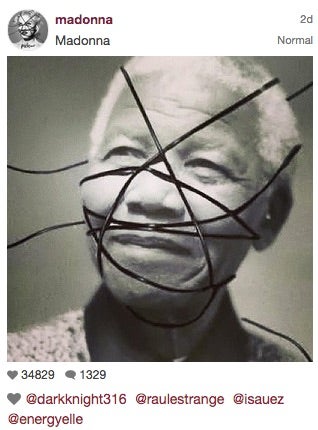 What do you think? Are the images paying homage or insulting?