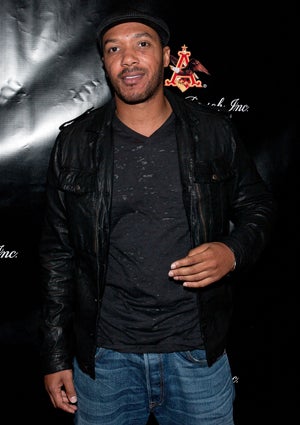 Lyfe Jennings is never short on words. He made it clear in his popular song “Statistics” what every woman should know about relationships. Now, the soul singer is manning up to his own troubles: accepting his 3 1/2 years jail sentence for his 2008 domestic dispute. His record label released an official statement saying: “In court, Lyfe spoke to the judge, accepting full responsibility for his actions and apologized for what he had done. After serving a 10 year prison sentence for arson from 1992-2002, Lyfe has not had any trouble with the law except on this one occasion. Lyfe is eligible for parole and according to his attorney, Don Samuel, will most likely serve about one-third of his 3 1/2 year sentence.” Still, the talented star went to Twitter to share his thoughts with fans: “This will be my last post. To everyone who gave me a chance I am forever in your debt. I have had a fabulous career because of you. All I can say in parting is that I have been honest with [y’all]. I didn’t sugarcoat a word didn’t hold back a single [syllable] of my life from [y’all].” He continued, “I’ve lived a hundred lives in these 6 [years] so I not only won’t, [I] don’t have the right to complain. I would like to think that I’ve changed lives by changing my own, [though] I can’t be sure. But one thing I am sure of is God gives and takes away in measure. He is fair, just and forever. Amen from [a man]… Smile, its [contagious]:)” Lyfe sent a personal message to his mother, aunt, ex-girlfriend and his kids singing, “If tomorrow never comes/ And you never see me again/ I don’t want your last memories of me/ To be filled with negativity.” What are your thoughts?
Loading the player...