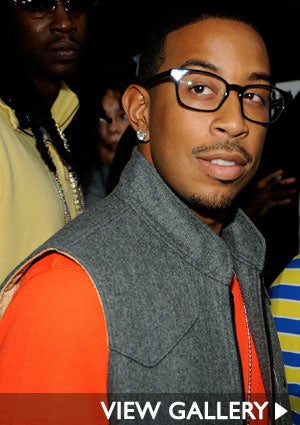 Last week at Legacy Studios in NYC, Atlanta-based rapper Ludacris teased ESSENCE.com with his upcoming album, Battle of the Sexes, his sixth album, which is set to release March 16. Created as a concept album with former labelmate Shawna, the album was originally created with Ludacris and Shawna on each track discussing the male/female views on a plethora of topics about love, sex,and relationships. Recently however, female rapper Shawna dropped Luda’s Disturbing Tha Peace label to sign with singer T-Pain at Nappy Boy, causing the album to have to be quickly reworked and re-recorded. Speaking on Luda’s behalf was Chaka Zula, his manager and co-founder of Disturbing Tha Peace. Chaka confirmed that while the album is not yet totally finished, there is much in store. “The album will be around 12 to 14 tracks, and I can’t even tell you everyone who will be featured, but you will be surprised,” Shaka states. Only playing eight of the tracks, Luda’s new album is seriously live. Ciara, Fergie, FloRida, Nikki Minaj, Lady Gaga, Trey Songz, and Ne-Yo are all confirmed features for his newest body of work. But there’s a throwback track featuring Dru Hill called “Rollercoaster” and a spicy love ballad named “Tell Me A Secret” featuring Ne-Yo that should make this album more relevant to others outside of the obvious demographic.   Without many left, the few female emcees, who have been M.I.A, have come out of hiding to show love on Battle of Sexes. Rapping about gender perception, Lil’ Kim speaks on the unfairness of word “ho” being reserved for just women. Eve, Trina, and Diamond come together to do a flavor-in-your-ear remix for the song, “My Chic Bad,” which explains how a good woman is a good man’s greatest accessory. And Ms. R&B Monica even gets her song/rap on about the catch-22 of being in love on the track “Can’t Live With You, Can’t Live Without You.”   The first single off of Battle Of The Sexes, “How Low,” has already sold more than half a million in digital download sales and has made it to the No.1 spot on the iTunes Hip Hop chart. Ludacris is like a Starbucks Chai latte–he isn’t everyone’s cup of tea. However, if you give him a chance, Ludacris is a cleverly charismatic lyriscist who uses hard-knock beats and animated sounds to rap about brazen topics with humor. We look forward to March.