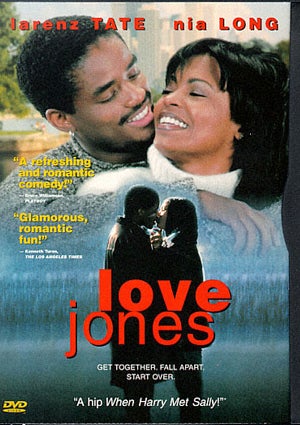 Almost 13 years ago to the day, we met Nina and Darius. She was a budding photographer and he was a first-time author putting the finishing touches on his novel. They fell in love, out of love, and a year later, found each other again. Of course, there was a lot of drama that went down in-between. We couldn’t turn away. We wanted them to win. A Chicago poetry lounge is where their eyes first met. He was smitten and spoke a sexy verse in her honor. She blushed, then denied his advances…until he tracked her down. Darius was on a mission to get his girl. He even made her breakfast – an omelette, no less! – after their first, unplanned night together. Just as wonderfully as they came together, their relationship soon fell to pieces. When she admitted to having unfinished business with her ex, he shrugged it off because, after all, they were “just kicking it,” right? When Nina trekked to New York for a few weeks to try again with said ex, Darius started seeing another woman. Things were already unraveling, but everything hit the fan when she came back to town and kinda started dating his boy. After clearing up the misunderstandings, they reconciled for a few, but it seemed that the trust had all but evaporated. A bit of space and a touch of distance seemed to do the couple some good. After a year, her photography career took off and his book was in hardcover. And on that fateful night that their paths crossed at the very spot where they’d first met, it felt like the planets had re-aligned. That kiss in the rain sealed the deal and melted our hearts. We always wondered what happened in the end. Did they work it out? Did she become an award-winning photographer and he, a bestselling author? Or maybe, they got married, moved to the ‘burbs and had a gang of kids? However their story might have unfolded, we always hoped that they stayed together, and in love. What do you think became of Nina and Darius? Read more: