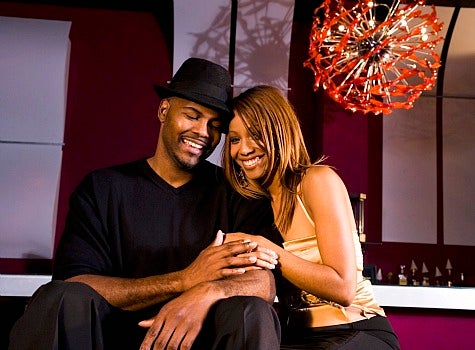 The pursuit of romance, for better or worse, is a numbers game. The more people you meet, the more dates you have, the better your chances of meeting someone compatible. While you can try to up those numbers by hitting the social scene, networking with friends or by looking for dates online, there is another tool in the dating tool kit you could tap into to get you a month’s worth of meet-n-greets in a matter of minutes.

While you may scoff because speed dating sounds like a bygone fad of the late ’90s, this isn’t karaoke or line dancing. Speed dating is still relevant, and still a fun way to meet a lot of people at once and make several connections in less than a couple of hours.

As a professional matchmaker, I’m always looking for the best way to help my clients meet people and connect. Recently, I started hosting my own series of speed dating events.

The first one took place in Washington, D.C. at Recess Lounge and it was the largest speed dating event in D.C. with 87 participates and more than 100 people there to watch the spectacle.

Despite the fact that speed dating popped up as a major trend a decade ago, many people have never actually tried it. Nearly everyone who came to the event had never before participated in a speed dating event. In fact, all of the men said it was their first time.

As the women of D.C. will attest, single men can be hard to find. In the case of the actual event, while 75 men made reservations to attend, 57 men showed and only 38 of those who showed got into the mix of things and participated. But speed dating is more than just the spectacle of participation. It’s the totality of the event and the sheer effectiveness of going to a place where you are guaranteed to meet lots of people at once and make connections.

At my first speed dating event we made 99 matches between the 49 women and 38 men who participated. That means an average of two matches for each woman and about three matches for each guy. But each person got to meet with about 10 different people, going on what I like to call “flow dates.” A flow date is like an adult version of musical chairs, when the music stops, you switch to the next person.

Of those matches, the men found women they were interested in (who were also interested in them) at a rate of 69 percent. For the women, it was about 51 percent. This all happened in the span of a few hours. The whole purpose of speed dating is you get to make that connection and increase your personal numbers in meeting people, thus increasing your chances of finding someone compatible.

It’s a win-win situation. Plus, you get to practice all kinds of interpersonal communication skills from networking to flirting.

If you want to find “the one,” you need to start by engaging with others. You’ll get there and speed dating is just one of the things that will help.

Paul Carrick Brunson is a Matchmaker and Lifestyle Coach. He can be reached at www.onedegreefrom.me / facebook.com/OneDegreeFromMe / Twitter @OneDegreeFromMe. New York singles, join the Modern Day Matchmaker for The New York Quarterly, a winter singles mixer and speed dating event.