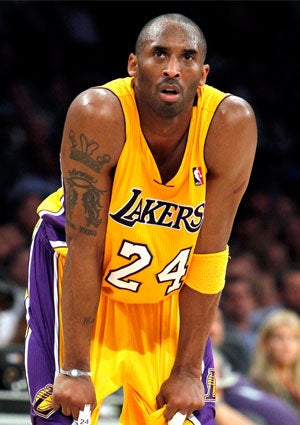 In light of Kobe Bryant’s recent homophobic slur, representatives from the Los Angeles and NBA will meet with the Gay and Lesbian Alliance Against Defamation to discuss anti-gay language and how the league should handle homophobic incidents, TMZ reports…

According to Lakers spokesman John Black, the team has already begun working with GLAAD and the Lakers “appreciate the input we’ve received.” Black says Kobe’s courtside outburst is “not representative of what the Lakers stand for,” and the team looks forward to learning news ways to “educate ourselves and our fans, and to help keep language like this out of our game.”

Kobe — whose foul mouth got him a $100,000 fine — apologized earlier this week, saying:
“The words expressed do NOT reflect my feelings towards the gay and lesbian communities and were NOT meant to offend anyone.”