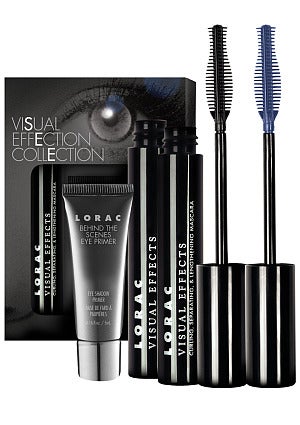 Lush lashes always make you feel like the most glamorous girl in the world, bad hair days and PMS be damned! And now, with LORAC’s new Visual Effection Collection, scoring a set of uber-battable lashes is easier than ever. The kit comes stocked with three eye-popping bestsellers, including two Visual Effects Mascaras in jet black and midnight blue; as well as a Behind The Scenes Eye Primer to ensure that your eyeshadow won’t crease, smear or fade. Viva la lash!  LORAC‘s Visual Effection Collection, $20 (valued at $47), limited time only at Ulta stores and ulta.com.
Loading the player...

Celeb Kids We Can't Believe Have Grown Up So Fast

The (Shockingly Short) List of Black Women Who Have Won Prim...

Doctor Who Said Masks Cause Carbon Dioxide Poisoning Gets Li...