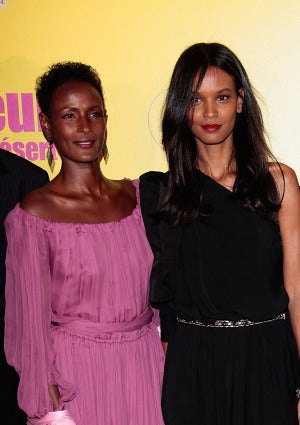 Supermodel and human right activist Waris Dirie has spent years fighting for the eradication of female genital mutilation and championing women rights around the world. The Somalian beauty, who scored such impressive campaigns as Chanel and Revlon after being discovered working at a fast-food joint in London, used her success in the modeling world to bring attention to what she calls “an especially cruel form of suppressing women.” It was back in 1997 that Dirie would first open up and reveal her own traumatic experience undergoing a circumcision at the age of three. A small Dirie was then sewn up with a thread. She would remain like this until the night of her wedding day when her husband would have to use a knife to open her up. Dirie was lucky to survive. Many young girls and women, including Dirie’s own sister, bleed to death following these dangerous circumcisions. Dirie has been the UN Special Ambassador for the Elimination of Female Genital Mutilation since ’97. She became the face of the fight once she shared her moving story, and her tireless work has won her many honors from around the globe. Forty-four-year-old supermodel and human rights activist Waris Dirie recounted her fascinating life story in her first novel, “Desert Flower.” The journey includes a nomadic youth in Somalia, surviving the brutal female circumcision, escaping to London at age 13 to avoid an arranged marriage, and roughing it as a maid, to becoming a top model and humanitarian. The international best-seller has been translated in countless languages and now it’s been made into a movie. Directed by Sherry Horman, the film is based on Dirie’s international best-seller and stars supermodel and budding actress Liya Kedebe as Dirie. Kedebe, who recently made her acting debut in a small role in Robert De Niro’s The Good Shepherd, is said to be earning good reviews for what’s been described as a charming performance. Anthony Mackie also stars in this biopic which opened in Paris recently. IMDB states that the film was released in the States at the Hampton’s International Film Festival back in October of ’09. Could we have missed this one at theaters? We’re desperately trying to see this movie, so as soon as we dig up when this independent film will, hopefully, hit US theaters or at the very least Nextflix, we’ll let you know. Read More: