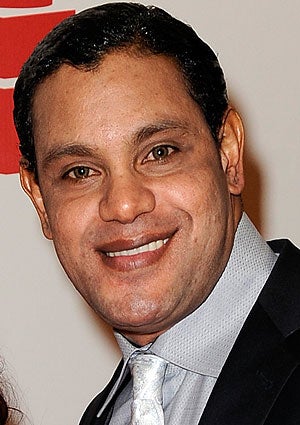 Don’t blame Sammy Sosa. Blame Rafael Trujillo. The late Dominican dictator’s rule (1930-1961) left generations of his countrymen without families, hope, and a demonized view of Afro-Dominicans and Haitians. During his reign he ordered the execution of tens of thousands of Haitians (The Parsley Massacre) and opened the doors to Jewish refugees from Europe in hopes of adding more Caucasians to his mostly Afro-Latino isle. His self-hatred was ever clear when Trujillo powdered his skin to appear lighter. So, in retrospect, Sosa is simply carrying out the racist ideologies that have permeated Latin America for centuries.

Afro-Latinos exist in large numbers in Latin American countries beyond the Caribbean, yet they remain disenfranchised. Colombia is home to 15 million Afro-Latinos yet its most popular stars are fair-skinned (Shakira and Juanes). The aspiration to appear more European is even prevalent in the world’s largest beauty pageant–Miss Universe. Even though 18 Latin American countries participated only one contestant appeared to have African ancestry (Miss Dominican Republic).

Many Latinos are still under the Spanish Conquistador’s spell–white is better. Our grandparents and even some of our parents encourage us to marry to mejorar la raza (improve the race). Meaning you should marry a white woman to make sure your child is at least has a 50 percent chance to be fair-skinned. Latino men are subconsciously trained to date and marry lighter-skinned women. We hear it in our homes as children and see it on Spanish-language media. For example, telenovelas (Spanish-language soap operas) always have European-looking Latino actors in lead roles while Afro-Latinos are lucky if they grab a role as a maid.

Sosa isn’t much different from Juan Doe in Mexico who buys Crema de Belleza-Manning to lighten his skin to attract light-skinned women. In an interview with Univision’s Primer Impacto Sosa said, “I want to clarify on your show that I am not a racist person.” In between laughs and smirks, Sosa tells the reporter he’s going to start to market the skin-lightening cream. When asked if he’s rubbed the cream all over his body, Sosa chuckles once again and said, “No, because I only put it on my face not on my whole body. If I did that then I would have a problem. I would have to call 911.”

Jesus Trivino Alarcon is the Senior Online Editor of SITV.COM , the online component to the Latino cable network Si TV.