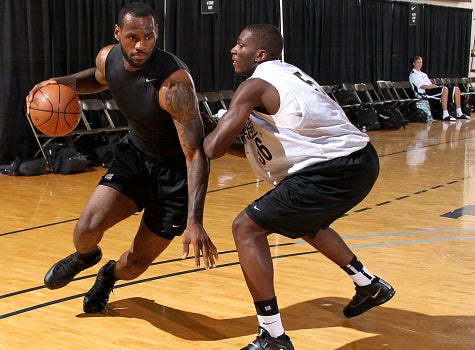 From a humble gym in Greenwich, Connecticut, NBA free agent LeBron James finally announced his next NBA team destination. “This fall I will take my talents to South Beach and join the Miami Heat,” said James during his hour-long “The Decision” special on ESPN Thursday night. “That was the conclusion I woke up with this morning. I feel like it’s going to give me the best opportunity to win.” James went on to say that this week of free agency had been very difficult for him and he ultimately looked to his mother, Gloria James, for advice. A native of Akron, Ohio, James spent the last seven years as the marquee name for the Cleveland Cavaliers. However no matter how many times the team made the playoffs, the Cavs never won an NBA championship. James said he really wants “to ultimately win and ultimately be happy.” Hopefully the Miami Heat gives the 25-year-old just that.
Loading the player...