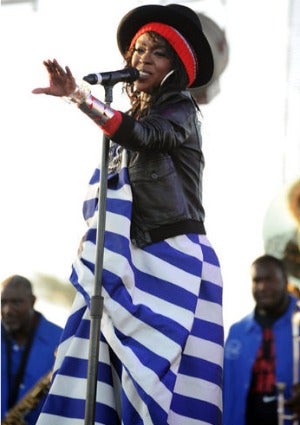 It’s been a long, windy road for Lauryn Hill but the hip-hop songstress is keeping  her promise to fans. After exalting the crowd at a recent Coachella Valley Music Festival performance, the six-time Grammy winner plans to add 12 new shows to her lineup this season.

The added performances will be part of Hill’s “Moving Target: Extended Intimate Playdate Series” tour. Hill will now perform in Colorado, Oregon, and Washington, with crowd-worthy pit stops in California and Vegas.

“I’ve never shied away from being musically adventurous, nor am I known for being a lightweight when it comes to lyrical content or musical exploration,” Hill revealed in a statement about her tour.

She’ll also be playing sets comprised solely of Bob Marley and the Wailers classics during her shows in California and Fort Collins.