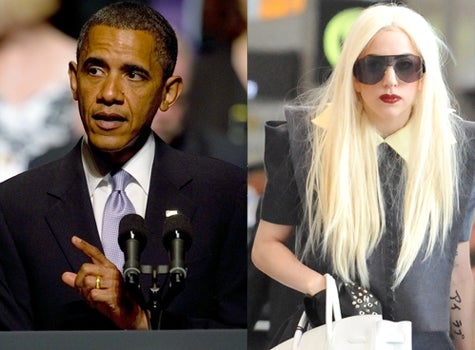 President Obama has been in many heated races before but perhaps running against Lady Gaga may just be the most fun. The President and Gaga are neck-to-neck for breaking the record as the first living person to reach 10 million fans on Facebook. Obama was leading the way Friday morning, but by noon, Gaga had reached 9,126,024 fans, surpassing the president’s 9,104,015, FOX News reports. Either could reach 10 million fans by late over the weekend, a Facebook spokesperson told Fox News. “Organizing for America,” a community organizing project of the Democratic National Committee, updates the president’s Facebook page. On it he lists writing and spending time with kids among his interests. Gaga shares concert tour dates and aphorisms about changing the world on her page.