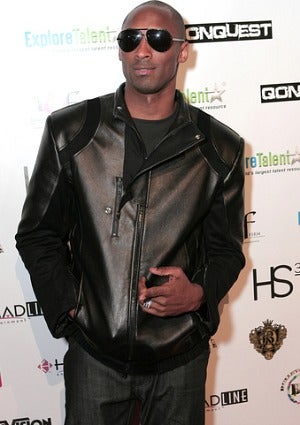 After taking home five NBA championship rings, Kobe Bryant just dunked his way into athletic superstardom. The Los Angeles Lakers player is now the first athlete to have his own spot on Hollywood’s legendary Walk of Fame.

Grauman’s Chinese Theatre recently honored Bryant with a cemented square of his hands and Nike-clad feet, immortalizing the athlete alongside Hollywood titans like Denzel Washington and Eddie Murphy. The 6’6 player said he’s proud to receive such an honor in the city he calls home.

“I feel like I’ve grown up in this city, and we’ve had a lot of ups and downs, but here we are — five championships, plenty of more to go, and I just feel extremely honored to be able to do this,” Bryant said during the ceremony for the event.