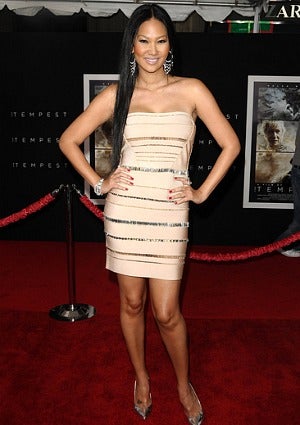 She’s back again for another ride in the “fab” lane! It’s been confirmed that model, mother and mogul Kimora Lee will debut the fourth season of “Kimora: Life in the Fab Lane” on January 9th on the Style Channel. There’s certainly a lot of drama to mine. Since the end of the last season, Lee no longer runs her brand Baby Phat, which has played a huge role in previous seasons. She’s also now expanded her close-knit family with 1-year-old son, Kenzo. Her daughters, Ming, 10 and Aoki, 7, will continue to be part of the show as will her new love, Djimon Hounsou. Take a sneak peek at the season in the trailer. –
Loading the player...