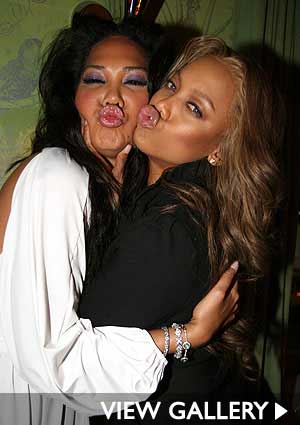 Insiders are buzzing that Kimora Lee Simmons is giving ‘America’s Next Top Model’ a second strut, with talks that the super model and founder of Baby Phat may be joining the panel of judges for the hit CW show’s 14th season.  Kimora was once a guest judge on ANTM’s first season.
It’s no secret that Kimora and Tyra are best buddies. “I would always do anything for Tyra,” Kimora has said of her appearance in that first cycle, according to Entertainment Weekly.