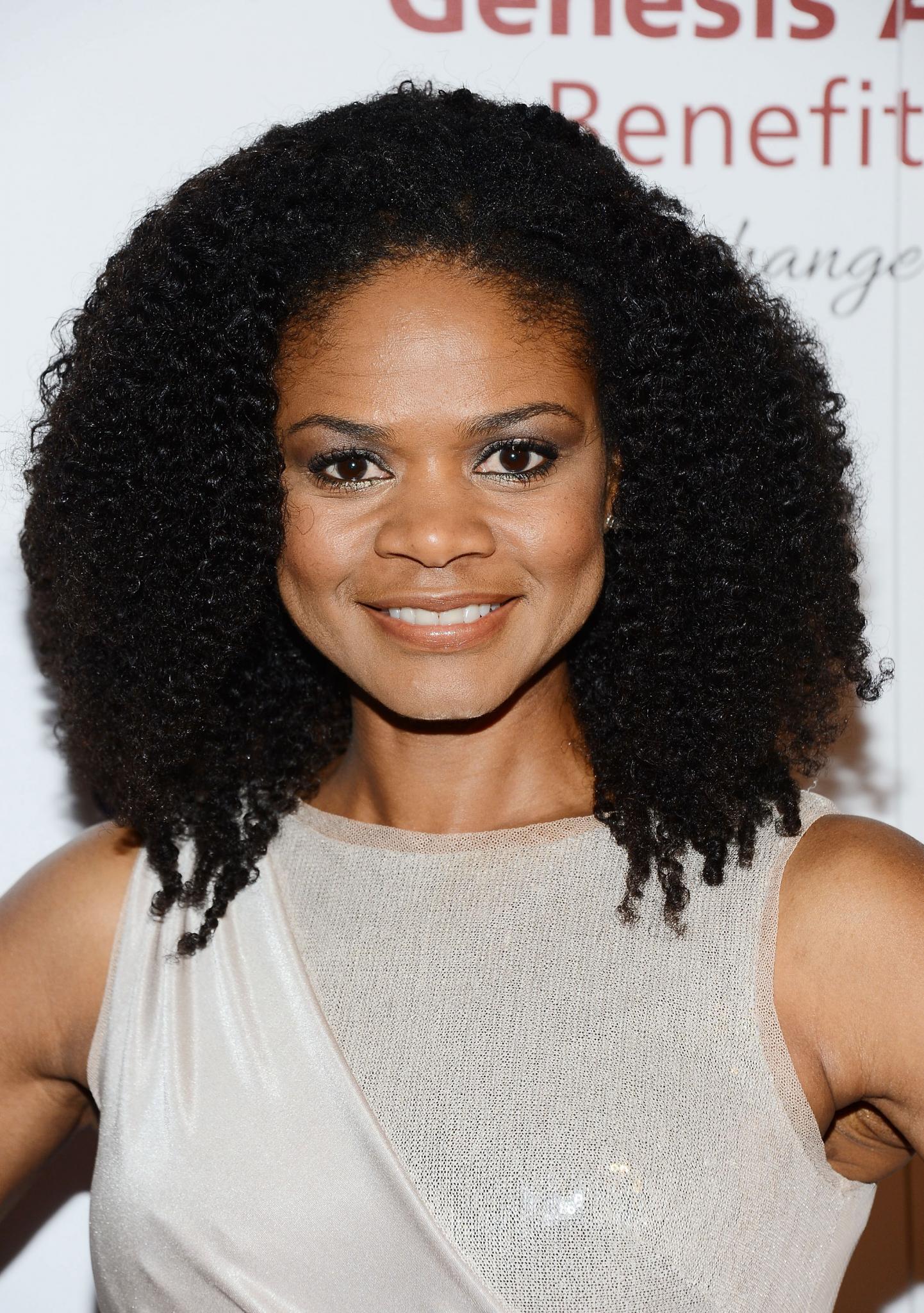 In “For Colored Girls,” actress Kimberly Elise has to trade-in her sunny disposition to play a perpetually somber character named Crystal, who is in an abusive relationship that ends tragically (no spoilers here). The character took its toll on Kimberly, who says she went to Tyler Perry’s Atlanta studios (where the movie was filmed) with five grey hairs and came back with almost 50. Now back to her healthy (and happy) self, Elise chatted with ESSENCE.com about why she was at first skeptical of the movie… and about all the Oscar buzz around her. ESSENCE.com: How did you get on to this project? KIMBERLY ELISE: I worked with Tyler Perry on “Diary of a Mad Black Woman” and we knew we wanted to do something else together, and we knew it had to be right. So 12 or so movies later, he called me up and said, ‘I have the next project’ and I said, ‘What is it?’ And he said, ‘Colored Girls.’ I said, ‘Do you want to make it into a play?’ He said, ‘No I’m making it into a movie’ and I was like, ‘Um, okay.’ Then he told me his vision and I was all for it. ESSENCE.com: Everyone expressed some reservations before seeing the movie because the choreopoem was so iconic. You seem to have had the same reservations at first. ELISE: Right, because it’s so identifiable with the choreopoem it was hard to imagine how it would become a film, but like I said, when Tyler started sharing his vision I was on board. Besides, Ntozake Shange’s words are so expansive and so powerful that to limit them and say they can only live on the stage is not fair to the strength and the power of what she has to say. A lot of people don’t go to the theater, frankly. Through this film a whole new generation will see her words. ESSENCE.com: You’re so bubbly in real life. How did you find your “For Colored Girls” character Crystal, who is so sad, within Kimberly? ELISE: I live a very joyful life, with a lot of laughter and good times. When playing Crystal I knew I would have to go to a dark place. I had to talk to prepare myself, and one of the main things I did was shut off some of my pleasantries like yoga and hiking and being with my animals. And it hurt not having the things that keep me balanced. All these things I did to myself so when it came time to do the movie I was very open to being Crystal. I went to Tyler Perry’s studio with about five grey hairs and came back with about 50, because the body doesn’t know when you’re acting. My body really thought these traumatic things had happened to it. When I got home I had to sleep for like four days and I had to re-introduce my body to yoga, mediation and cleansing so Kim could come back. ESSENCE.com: What grey hairs, where are they? ELISE: Girl, I had to surrender to my first dye job. When I got home, I kept telling myself the grey hairs would go away. I started going on the internet, I was taking vitamins, and finally my girlfriends were like, ‘Go and get you hair dyed.’ ESSENCE.com: So much about Crystal’s life is horrific, what was that like for you? ELISE: There are pieces of my heart that I won’t get back; that I literally lost being Crystal. ESSENCE.com: There’s already Oscar buzz surrounding you. Is that something you’re paying attention to? ELISE: Oh yeah, that old Oscar buzz. I think any actor wouldn’t be truthful if they said it wouldn’t be fantastic, but also the greatest reward for me in life is knowing that maybe I saved a woman’s life.