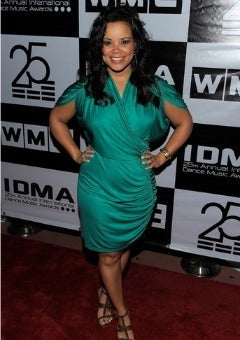 Like many celebs, Kimberley Locke is wondering who will take Oprah’s place in daytime television. The former American Idol contestant has now inked a deal to host her own talk show on ABC. But does she have the O-ambition? Find out here…

The show, currently titled “The Revolution” is slated for release in January 2012. Locke said the new gig is part of her life-long plan.

“It just so happened that I got that phone call from ABC and they wanted to meet with me. It was one of those things where I obviously feel like I put it out there in the universe and the universe conspired and I had to do my part as well,” Locke told CYinterview.com.”I think that it will change my life. I think it’ll change my career.”

What do you think about Kimberley Locke? Could she fill Oprah’s shoes?