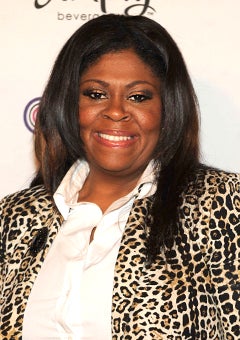 Kim Burrell is one of the most celebrated female vocalists of our time. Creating a cult classic with her debut Gospel CD Everlasting Life and developing a sound all her own, Burrell has gained legions of fans and the admiration and respect of her peers like Chaka Khan, Beyonce, Mariah Carey, Whitney Houston, Diddy, Harry Connick Jr. and countless others.

ESSENCE.COM caught up with the jazzy diva to talk about her new slimmer look, the new CD and what else, love!

ESSENCE.COM: You are looking very svelte and fit these days. How has your weight loss changed you?
KIM BURRELL: It has changed me so that I now know that I should have desired to live physically better before now. I had three heart attacks and that’s nothing I would wish on my worst enemy. It’s painful, it’s degrading, and it caused me to come face to face with God about some things that I lacked. Watching my 8-year-old son’s reaction since my weight loss is rewarding enough. We run around like crazy. I wear him out now. Since losing the weight, it’s given me a new lease on life. Mainly, because people’s reaction to me is a whole lot different. People are highly discriminatory against overweight people.

ESSENCE.COM: Why ‘The Love Album’? Why didn’t you just do another Gospel CD?
BURRELL: The Love Album is probably the result of me allowing myself to live after the weight loss. It’s also the result of me going into life a little bit further as a single woman who was once married, and not so religious that I forget I’m a woman and that I will eventually date and probably marry again.

ESSENCE.COM: Who’s on Kim Burrell’s wish list of artists you would like to work with?
BURRELL: Prince! And that’s about it. I think he’s brilliant and he has a way of expressing worship that some probably won’t label as that.  Now, believe it or not, there’s one other person who I believe possesses something that speaks to the heartbeat of more than just Gospel, and that’s BeBe Winans.

ESSENCE.COM: How did you and Whitney Houston become such close friends?
BURRELL: When her father died she asked me to come out and be with her because she was listening to my music to help her get through. I actually sang at the funeral. Not long after that, it went public that Whitney was in rehab. So her family sent for me again. I wanted to be there to help her through whatever she needed. And we continued our friendship from there. I guess God used me to be a part of that strength for her during those trying times. I’ve been very honest and real with her and that’s why she calls me one of her best friends. We go back at least thirteen years, and we pretty much talk every day.

ESSENCE.COM: Do you date? And what do you look for in a man?
BURRELL: Yes I date. I look for honesty, confidence to the heavens, a person’s ability and freedom to be able to love without insecurities, and a person who knows how to not only trust themselves, but trust what they’re willing to find out about me. I want someone who knows how to not only laugh, but how to make me laugh because I’m a clown. I want someone that is in shape too. They don’t have to be real muscular, but someone who is healthy and will encourage me to keep up that lifestyle also.