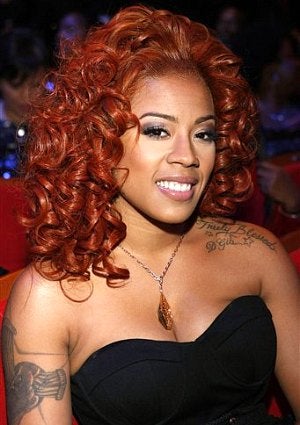 It looks like the relationship between singer Keyshia Cole and her mother Frankie is still strained because of Frankie’s substance abuse. During an appearance on “The Wendy Williams Show,” Cole said that she is hoping for the best for her mother, who is currently trying to get clean on VH1’s “Celebrity Rehab.” Asked how Frankie is doing, Cole said: “I can’t say if she’s doing good or bad, because I really don’t know. It’s so hard to tell with all the ‘I’m doing great! I’m doing great!’ And then you see her and it’s like no.” Cole added that she would like for her mother to get clean so she can be a part of her newborn son’s life. Earlier this year, the R&B songstress put out a statement confirming her estrangement from both Frankie and her sister, Neffe. “I decided to stop communication with them,” she wrote, “because I was at a point in my life where I needed serenity and peace to move forward. Please know I love my family very much but it was time to let it go.” Have you ever had to “let go” of a family member because of substance abuse?