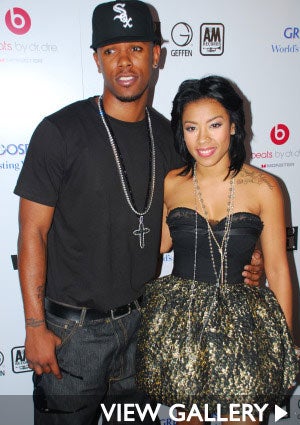 Keyshia Cole confirmed what everyone already knew after she and her baby bump were caught handing out turkeys for Thanksgiving with her Cleveland Cavaliers boyfriend Daniel “Bobbie” Gibson–that she’s pregnant with her first child–according to US magazine. However, not even the R&B singer knew Bobbie would pop the question on New Year’s Eve.

“I can confirm she is engaged and has an incredible ring,” her rep told US.

The engagement was “an absolute surprise,” Her rep said. “When he asked her to marry him, she was flabbergasted. He presented her with the ring and her mouth dropped in amazement. It’s too beautiful for words.”

Congrats to Keyshia who some might say has had a hard knock life. Looks like a happy ending (or beginning) for her and Daniel.


“Wondering why men propose? The answers will surprise you.”
Loading the player...