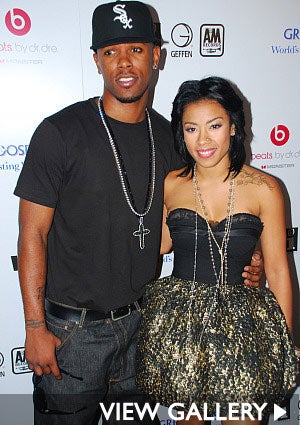 After weeks of speculation and online predictions, Keyshia Cole and fiance Daniel Gibson welcomed their first child, a son, into the world last night. Cole’s rep has confirmed that the singer gave birth just before midnight on Tuesday, March 2. Weighing in at 7 lbs., 3 oz., Daniel Hiram Gibson, Jr. was born in Ohio, where his father plays for the Cleveland Cavaliers. “The proud couple would like to thank everyone for giving them privacy during this special time,” her rep said in a statement. “Keyshia would also like to give a special ‘thank you’ to her fans that have been with her since the beginning, sharing in her growth as a woman and an artist.” Many congratulations to the new parents! Read More:
Loading the player...

11 Face Moisturizers Your Skin Needs During The Winter

These Puffer Jackets Are The Most Fashionable Way To Stay Warm