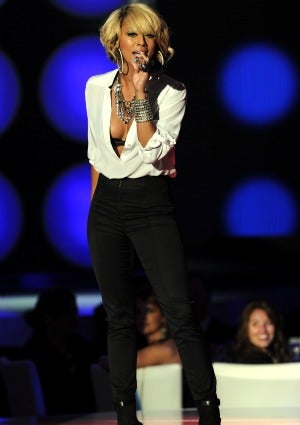 The Super Bowl just wrapped up and now we’re on to basketball. The 2011 NBA All-Star Game is just around the corner and Nick Cannon has signed on to host the pre-game show with Keri Hilson taking the stage during the three-hour magenta carpet coverage.

The first ever T-Mobile Magenta Carpet pre-game show is shaping up to be just as exciting as the game. From 5 p.m. to 8 p.m. all 24 of the night’s players will walk the carpet in addition to numerous NBA legends and other celebrities. The All-Star Game has a reputation of bringing out some of the biggest celebs — in years past Alicia Keys, Usher, Gabriel Union, Vivica A. Fox have all turned out to enjoy the game.

This year is no different, Keri Hilson is said to be performing her hit “Pretty Girl Rock” and while Bruno Mars is set to take the stage as well.

On Sunday, February 20th tune into TNT for all the magenta carpet coverage of the 60th Annual NBA All-Star Game.