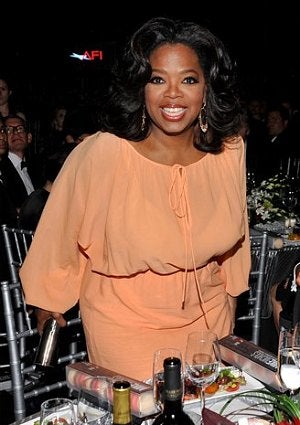 How do we love Oprah? Let us count the ways. The Queen of Talk has not only revolutionized media, she has also given millions of Black women the inspiration to know that we can all live our best lives. And we’re not the only ones taking notice. This December, the Kennedy Center will bestow Winfrey with its highest honor at the 33rd annual event. The 56-year-old media mogul will be honored for her contributions to American arts and culture, namely through her television talk show and acting in films like “The Color Purple.” For once, Winfrey is giving up control of a show, something that’s not easy for her to do. “I love surprising people; I don’t like being surprised,” she told the Associated Press. “Releasing any kind of control over a show and allowing myself to sit there and be surprised is not going to be easy, but I’m willing to do that.” Also to be honored are dancer/choreographer and “Fela” director, Bill T. Jones and Beatles frontman Paul McCartney.