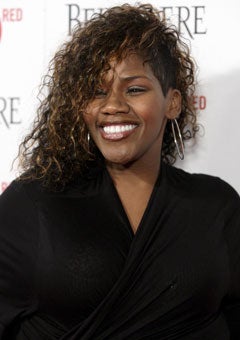 Mother’s Day is quickly approaching, which means many of you are scrambling to find the right outfit so you can go to brunch or to church with your mothers or mother figures in your lives. You are thinking about the perfect gift or reminding yourself to order the flowers for delivery. And still others may be lamenting because their mom is no longer here…

As a mother, I go through the motions and emotions that every other mother goes through. Recently, I went shopping with my son to find a suit for Easter Sunday and found myself staring at him as he waited in line to go in the dressing room. From a distance I watched his mannerisms and the respect he shows to others around him and I started tearing up in the store. I was thinking to myself, God, if I never did anything else right in life I think I did that right… thank you, Lord!

Now sitting here writing this blog, I think about Mother’s Day approaching and what it really means not just to be a mother, but a woman. I thought about the journey that brought me to this place and this moment in time and how all of it was and is necessary for Kelly to be Kelly, living and growing and reflecting the true Soul of a Woman.

The year 1998 marked the beginning of my solo career and life in the public eye for me. Things changed. I was no longer just the church girl who could really sing or the “ghost voice” from all of those songs on the radio. The ghost had a name and a face and a body… a whole LOT of body! For many, too much body! I was still Kelly but now I was Kelly with all the same issues I’d had since childhood but forced now to live them out in front of the world. One day I was in total obscurity with nobody really caring whether or not I was a confident proud sister and one national television appearance and video shoot later I started having to wear the look of a peacock even when I felt like a pigeon.

I say it often. Music has been my therapy. Its done for me what nothing else in life could do at times. I learned that I could get away with saying things in a song that might not fly so well in everyday conversation, so the songs became a way to get it off my chest, to bare my soul.

At times I’ve been accused of writing songs that are male bashing or if not male bashing then “women only” in theme. I like to think that as a writer my music is universal and serves its purpose for everyone. A simple switch of pronouns and it works for the opposite sex just as well. I love men. I really love men! God knows I do love men!

So I definitely don’t intend to come across as a male basher in any of my songs. I tell stories in my music. Although, I do admit that as a woman my translation of the songs will be from a woman’s point of view first when I sing them in most cases.

For instance, my first single, “Tired,” got dubbed the women’s anthem, but stood strong in saying listen to the words. “Tired” is everyone’s story and in some of the lyrics they could be deemed more of a man’s story than a woman’s.

Family… Byrannnnnnnnnnn! LOL! I think that any of the men in that movie could’ve sung the hell out of “Tired.” It makes me think about the title track from my first CD “Soul of a Woman.” That song was an open letter to men everywhere that was designed to give insight to why we (women) are the way we are and why we do the the things we do. It was meant to incite a thought process and a consciousness that may have been lacking in the lives of the men in our lives but definitely not meant to bash them.

I am very proud to say that I actually had more men than women approach me about that song and how it spoke to them in a positive way, and to this day men still come to me about that song. Young fathers wrote letters to me of how they started spending more time with their daughters. Men of all ages would approach me and tell me that after listening to “Soul of a Woman” they started making better efforts to get along with their ex wives, ex girlfriends, and the mothers of their children. They worked to better their relationships with their mothers and grandmothers and even started looking for ways to honor them more. Mission accomplished, right?

As women we are multi dimensional creations and as a woman I relate to other women and the issues we all have or may have at some point in life.

I am proud to be a woman, a mother, a wife and an entrepreneur, but I am also proud when I can look and see other women doing something every day to better their own world through themselves and through others.

So this Mother’s Day, I salute all of the women in my life and EVERY WOMAN who makes it happen every day for her family, community and business. To every woman whose brain, heart, body and soul has been an incubator to grow or nurture a thought, dream, idea or child. We are all mothers!

That’s the true Soul of a Woman.

Until the next one,
Kells

Last but not least, PRE-ORDERS are now available for “Kelly,” so don’t wait. Order yours now and have it in your hands right from your mailbox on release date!