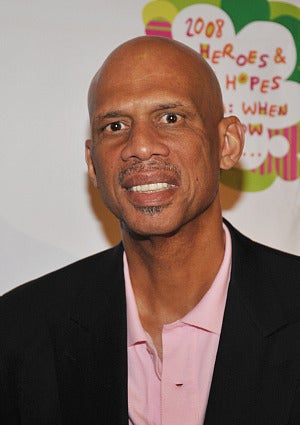 Abdul-Jabbar chose to come out about his disease in hopes of educating the public on CML. He’s working with pharmaceutical company Novartis on an educational campaign, launching a Facebook page–Kareem Abdul-Jabbar Patient Advocate–to circulate information.

According to the National Cancer Institute, CML is a “slowly progressive disease in which too many white blood cells are made in bone marrow.” The 7-foot-2 b-ball legend says the disease has not greatly altered his lifestyle.