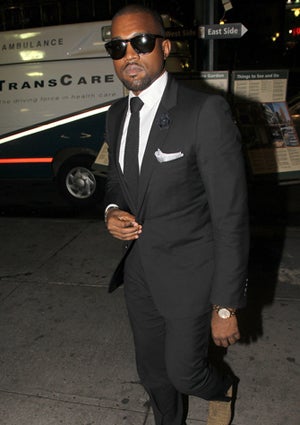 Rapper/producer Kanye West is always full of surprises. A year since he first apologized to country singer Taylor Swift, the rapper is still feeling regret. “I’m sorry, Taylor,” he tweeted during what he deemed “stream of consciousness” tweets. “We’re both artists, and the media and managers are trying to get between us. She deserves the apology more than anyone.” He continued, “She’s justa lil girl with dreams like the rest of us. Beyonc didn’t need that. MTV didn’t need that and Taylor and her family friends and fans definitely didn’t want or need that.” The mega producer did not stop there, saying he even wrote a song for the country singer which he called “beautiful.” “I want her to have it,” he said. “If she won’t take it then I’ll perform it for her.” During a bevy of self-reflective Tweets Ye said, “He returned from the ego-driven fiasco with a greater sense of who he needs to be in life.” “When I woke up from the crazy nightmare, I looked in the mirror and said, ‘Grow up Kanye,’ he wrote. “I’m ready to get out of my own way. The ego is overdone. I take the responsibility for my actions. Yes, I was that guy. A 32 year old child. With new found humility… who am I to run on stage? I would never ever again in a million years do that. Sorry to let you down.” What are your thoughts?