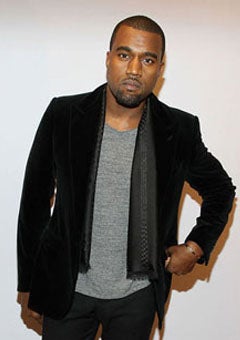 Kanye performed a rendition of his track “Lost in the World,” which samples the refrain, “Who will survive in America?” from Gil’s famous poem, “Comment #1.”

Kanye arrived to the service, held in Harlem’s Riverside Church, wearing all black with black sunglasses. His performance of “Lost in the World” closed the service, with audience members clapping along.

Also in attendance at the memorial were Grammy-winning producer Malcolm Cecil, Abiodun Oyewole of the Last Poets, Gil’s wife of 10 years, Brenda Sykes, daughter Gia-Scott Heron and a multitude of family and friends.

Rest in peace, Gil Scott-Heron. You will definitely be missed.