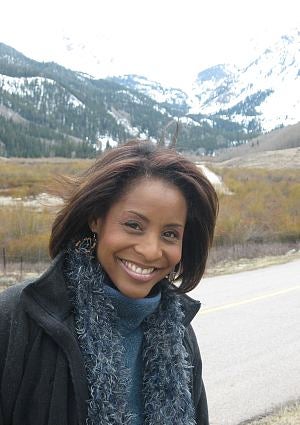 From the outside looking in, Julia Yarbough had it all: 22 years as a TV news anchor, great friends, not to mention being beautiful. But the 44-year-old Florida native felt like she was missing a partner to share her life. With no prospects in her city, she and friend Silva Harapetian (a former news reporter at WDIV in Detroit) took to the highway in search of love, laughs and adventure. Six months and 12 states later, Yarbough spoke to ESSENCE.com about driving cross-country in search of Mr. Right. ESSENCE.com: How did you come up with the idea to drive across the country in search of a husband? JULIA YARBOUGH: I had left my position with the NBC affiliate in Miami, WPBJ, in October. I had been with the station for twelve years and I just realized that I was internally tired. I loved my career, loved what I was doing, but all I did was work. I had no personal life. I hadn’t had a date in over four years and I thought, ‘I’m not getting any younger.’ I was lying in bed one night, just looking at the ceiling and I thought Well, what all do you enjoy doing? And I love writing, telling stories, that’s what I do as a journalist. I also thought and I’m ready to have a partner in my life. I thought if I go on the highway traveling, I’m telling stories, I’m sharing that with people. And I’ll meet people, so maybe I’ll meet the person who turns out to be my Mr. Right.  ESSENCE.com: How soon did you get on the road? YARBOUGH: We got on the road fairly quickly since we decided that this is what we wanted to do. We left Ft. Lauderdale on February 11th and launched our website March 7th. We thought let’s stop talking about it and just do it. I wanted to have a deeper level of faith that things will unfold that are right.  ESSENCE.com: Your friend Silva is also along for the ride. How did you convince her? YARBOUGH: She’s just as crazy as me. We have been friends since I was an anchor in Los Angeles in 1997. She was laid off from a reporting position in Detroit in September. I had made my decision to take a break and my contract was up in October and the timing was just right. When I mentioned this to her, she said why not. ESSENCE.com: Most people will look at you and wonder how a beautiful, successful woman would find it hard to get a man. YARBOUGH: If I had the answer to that, I wouldn’t be on this trip. One, I honestly say that a lot of it was on my side because I did give so much of my time and energy to my career. I worked the night shift as a news anchor for twelve years, which doesn’t leave much time for having a personal life. Number two, I think that when you’re in the public eye, people assume that you’re already taken. A lot of men have written in to us on this trip and they say that for them successful professional attractive women are intimidating. We hear that as women and we roll our eyes. We’re hearing that from so many men that I think there may be some truth to that. All of those factors rolled into one make it very difficult for myself and many other women that are like me to be approached by men.  ESSENCE.com: What’s it been like so far? YARBOUGH: Driving across the country is a little more exhausting than I could have imagined, but it’s exhilarating at the same time.  ESSENCE.com: How do you get to go on dates? YARBOUGH: Two of the gentlemen I went out with we met through other friends we were staying with. So it’s friends of friends. A gentleman I went out with in Austin, Texas I met at a professional mixture event and we struck up a conversation. We went on a bicycling date, which was fabulous for me. Another gentlemen I attended an Army ball with saw me on a news interview and sent his resume and information and we got in contact. So I said why not? I’m being open-minded and adventurous about this. ESSENCE.com: Do you have an idea of who Mr. Right would be for you? YARBOUGH: I do. Ideally, I am looking or somebody who has an appreciation for just the adventure and excitement of life. Someone who loves to travel, has a great sense of humor, doesn’t take the world too seriously, values their physical fitness and health and someone who’s kind and respects people and mother nature. ESSENCE.com: How will you know when your road trip ends? Do you have a time frame? YARBOUGH: My theory is that if I meet someone and I know it’s the real thing, I will be inclined to find out more about them. My ideal situation is that we meet up some place while I’m traveling just as you would any other long distance relationship. If I find Mr. Right and he’s some place else, I would definitely want to pursue that. Follow Julia and Silva’s dating adventures at Highway to a Husband.