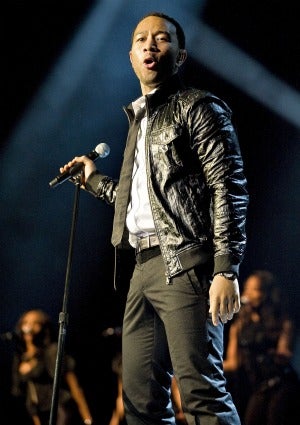 A busy year is shaping up for John Legend. After making his way to the Grammys this Sunday, the R&B stud-muffin will need to pack his bags and get on the road to sing as Sade’s opening act on the U.S. leg of her world tour…

Starting on June 16th at Baltimore’s 1st Marinier Arena, you can catch the iconic Sade and silky smooth John in action. Sadly, there are only 17 dates on this leg of her tour, which means tickets are limited.

Legend and Sade have already had a hugely successful 2010. Sade had perhaps the year’s biggest comeback album, earning her two Grammy nominations, while Legend teamed up with Roots in “Wake Up,” which earned them five Grammy nods.

Sade’s tour will be the summer’s hottest ticket.