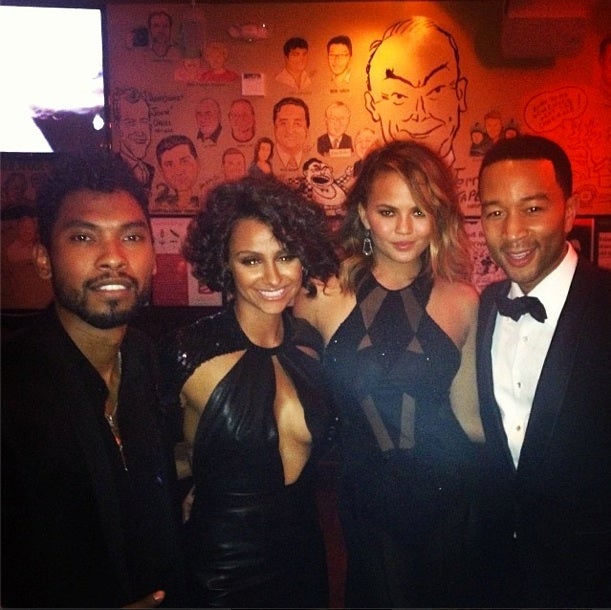 R&B crooner John Legend recently revealed his interest in working with Amy Winehouse on her next album. The singer said he’d love to collaborate with the British “Rehab” soul singer and that working on her comeback album would be an interesting experience.

“I’m hoping Amy Winehouse makes a comeback. I really like Amy,” he told the Daily Star. “I’d love to work with her. I’d love to represent her.”

Winehouse’s “Back to Black” was an international hit in 2006 but the singer’s personal struggles with alcohol and drugs soon overshadowed the music and she has yet to put out any new material.

With his fifth studio album in the works, Legend has also found time to jam with a number of other artists including Estelle and Keri Hilson. “I’m putting out the new Estelle album, which is gonna be very good. I worked on Keri Hilson’s new song called ‘All The Boys’ and I’ll be on Lupe Fiasco’s new album as well,” he said.

Although details on Amy Winehouse’s album aren’t currently released, it was recently reported that she will play new songs on her upcoming Brazil tour — we definitely hope Legend will be on one of them!

What do you think of a potential Amy Winehouse and John Legend collabo – would it be a hit or flop?