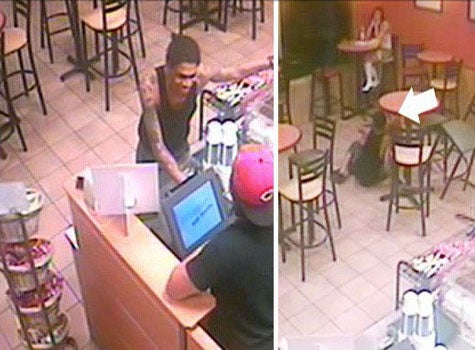 It looks like making a comeback is harder than we thought. Devante Swing, 90’s R&B hottie and member of Jodeci, was arrested last weekend for drunken behavior at a Subway restaurant in Burbank, Calif. Swing, 41, (born Donald DeGrate Jr.) was reportedly stumbling and bumping into tables, repeatedly falling on the floor and knocking over chairs in the popular sandwich shop one night. Irritated customers eventually called the police who arrested Swing and took him to a local jail to sober up. The once famous singer was released hours later, and he was not charged with any crime.

Swing in the past has put on major artists such as Missy Elliot, Timbaland and Ginuwine, and he plans to make a comeback to the music industry soon with the release of his own album called ‘Swingin’.