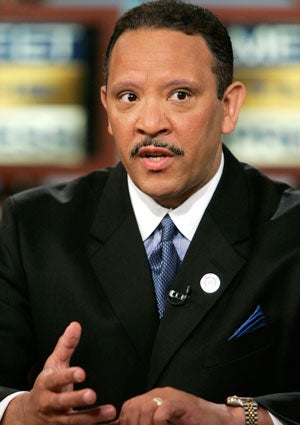 Last week, in response to a growing chorus of progressive voices, President Obama hosted a jobs summit at the White House. The November jobs report shows that overall unemployment now stands at 10 percent while African American joblessness tips the scales at a hefty 15.6 percent. Obviously, unemployment has now reached crisis proportions. Prior to the White House summit, I sent a letter on behalf of the National Urban League to National Economic Council director Larry Summers and Congressional leaders outlining our six-point plan to create 3 million jobs that are desperately needed, especially in communities of color.

The National Urban League’s more than 100 affiliates are on the frontlines of the job crisis every day. We see the devastating effect the disproportionately high unemployment rate among African Americans is having on the families and communities we serve.  In my letter, I reminded the Administration and the Congress that official unemployment figures – 10 percent overall, 15.6 percent for African Americans and 12.7 percent for Hispanics – only reflect those who are still looking for work, not those who have all but given up after repeated rejections.  The real overall unemployment rate is something like 17 percent, and it’s higher than that in the Black community.  Joblessness at these levels decimates families, destroys the dreams of their children and threatens the very future of our nation.  The National Urban League’s six-point plan for Putting Americans Back to Work demands immediate action from Washington.

The cornerstone of our plan calls on the federal government to fund direct job creation by offering financial support to cities and states to hire workers to provide critical services in communities across the nation. We are proposing an investment of $150 billion to create three million jobs now.

Expand and Expedite the Small Business Administration’s Community Express Loan Program through a reduction of the interest rate to 1 percent targeted for those businesses located in areas where the local unemployment rate exceeds the state average.

Create Green Empowerment Zones in areas where at least 50 percent of the population has an unemployment rate that is higher than the state average.

Expand the Youth Summer Jobs Program for 2010 by investing $5-7 billion to employ 5 million teens. The unemployment rate for African-American youth is over 40 percent.

Create 100 Urban Jobs Academies to Implement an Expansion of the Urban Youth Empowerment Program (UYEP) to employ and train the chronically unemployed.

I concluded my letter with the following appeal:  “Despite the ambivalence of most Americans with regards to spending billions of dollars to bail out the very businesses they felt had previously taken advantage of them, they understood the need to take swift and deliberate action to avoid a major national, or even global, financial crisis. We ask that the same urgency be given to the people experiencing a personal financial crisis in cities throughout this country.”

For more information about NUL

The views and opinions expressed in this commentary are solely those of Marc Morial and do not reflect those of ESSENCE or ESSENCE.com.