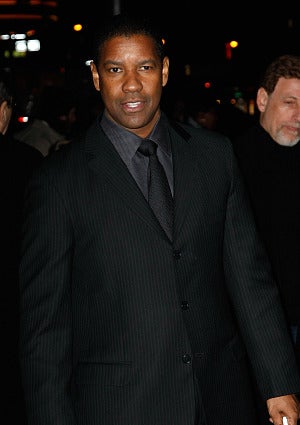 When the latest new relationship advice guide, “The Denzel Principle,” landed on the desk of ESSENCE Relationships Editor Demetria L. Lucas, our resident dating diva was skeptical. Yet another How To Fix It guide for single Black women? A quick read through of author Jimi Izreal’s tome uncovered biting commentary on the state of Black relationships and one more candid male perspective on where we–that’s right ladies and gentlemen–need to do better. ESSENCE.com caught up with Izreal recently to uncover his take on the lack of suitable Black mates, why Black men must make better choices, and why Black women should tear up their “He Must Have…” checklists. ESSENCE.com: Your book just dropped on Tuesday and so far it’s catching a lot of heat, eh? JIMI IZREAL: The subtitle of the book, “Why Black Women Can’t Find A Good Black Man,” has sparked a lot of anger from women. The language I use is also a little disturbing for some. This isn’t Hill Harper [author of the relationship advice guide, “The Conversation”] It’s barbershop talk. Lots of people appreciate the candor, though. ESSENCE.com: You say that the book isn’t a hard knock at Black women, despite the subtitle? IZREAL: Everybody catches a knock in the book. Nobody gets away unscathed, including me. At its heart though, this is a book about the idea that there’s not a surplus of quality choices for Black women or for Black men. ESSENCE.com: Um, Black men are having as tough a time finding quality mates as Black women? That’s what you’re saying? IZREAL: When I was still “taking applications,” I found it very difficult to meet a woman who could hold a conversation or even read the newspaper. I met a ton of women who were learned, but not very smart. Also, I’m 40, so I encountered a lot of women who were running to the altar. That’s not sexy at all. There are a lot of Black women who are un-marriageable for the exact same reason that Brothers are–maybe they’re undereducated or have too many children by too many different men. The idea that 100% of women are marriageable just because they are female is ludicrous. ESSENCE.com: You’re pretty quick to point out that, contrary to popular thought, a degree and a job and what a woman owns aren’t enough to land a husband. IZREAL: An education and a job doesn’t make you marriageable. Get that out of your mind. Most men don’t care what kind of car a woman drives and where a woman is educated. I don’t know any punks like that. I don’t care. ESSENCE.com: We hear a lot about where women need to step their game up. What do the brothers need to do? IZREAL: Black men need to have a better idea of what they need and what they’re looking for in a life partner. Women do the choosing in relationships, and men need to do better than to allow themselves to be lured in by a big butt and a smile. They’ve got to learn to be a lot more selective. If they do that, they won’t find themselves in so many of the crazy bags that they do. ESSENCE.com: What, if anything, can Black women do to increase their odds of finding a husband or a good man to love them? IZREAL: Women have to have more reasonable expectations of a man than they do now. You will not find a brother who is going to replace the dad you never knew. You will not find Prince Charming or Denzel Washington. They also have to stop with the lists. It’s okay to have standards, like having a job and an education, but there are women who want a man with a certain credit score, who attends a certain school and drives a certain kind of car.  Women who are demanding that are most certainly single, and they will most certainly stay that way. Read more: