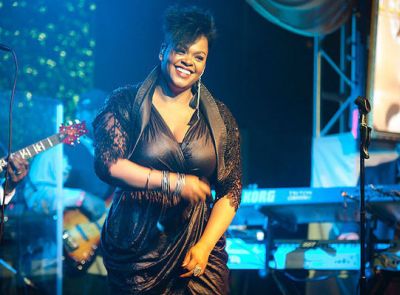 ESSENCE Music Festival headliner (got tickets?) Jill Scott, will take the stage this summer at Steve Harvey’s 9th Annual Hoodie Awards on August 13 in Las Vegas. The Hoodie Awards recognize everyday people and local businesses, schools, and churches across the country that make a difference in their communities.

Other confirmed performers at this year’s event include gospel superstar Kirk Franklin and jazz artist Kem. Actors Elise Neal and Anthony Anderson and comedian Kevin Hart will be presenters. MC Hammer and Raphael Saadiq will also perform during the Hoodie Awards Charity Beach Party which will take place the day after the awards show.

“In tough times and even in good times, it can be difficult for independent businesses and entrepreneurs to thrive, and these individuals continue to be beloved in their community for everything they do,” Harvey said in a statement.

The nomination period for the Hoodie Awards begins today, for categories such as Best High School Teacher, Best Church Choir, and Best Community Leader to name a few.