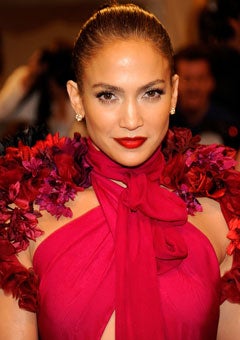 Whether you know her as a fly girl from “In Living Color” or Marisa from “Maid in Manhattan” or simply Jenny from the block, Jennifer Lopez has consistently won the hearts of Americans since 1999 with “On the 6.”

People magazine’s Most Beautiful Woman in the World is a mother of twins, devoted wife, actress, singer, and now an “American Idol” judge. This time around she’s back to serve up her 7th studio album, “LOVE?” — already in stores.

ESSENCE.com caught up with the renaissance woman of the hour to chat about her latest album, finding balance in her hectic life and her role on “Idol…”

ESSENCE.com: This is your 7th studio album, what makes this CD stand out from your previous six?
JENNIFER LOPEZ: It’s funny, this one kind of feels like the first one in a really good way — just because it’s been a while since I’ve put out an album. I think it’s the first one since the babies were born. It just has a great energy about it. It feels like the first one in the sense that everyone who worked on it had a great passion about it, all the people I’ve worked with became part of my family. We had such a mission with this album. I also wanted it to be very me. If you think about my first album, it had dance, it had hip-hop, R&B and it had ballads. This album is exactly the same in that sense. All of those things make up who I am as an artist — I just wanted it to sound like today, not me 10 years ago, but today.

ESSENCE.com: You’ve always had unique album names. Why did you want to call this one “Love?”
LOPEZ: Just because every single album I’ve ever made was always about love! That’s always the subject matter. I felt at this point in my life I’m still singing about the same stuff but I’m looking at it from a different perspective — being in a great relationship, being married and settled. You’re able to look at it from the outside and think about how love is and where we are in the world with that and how it should be and how you want it to be. I just wanted to open up some dialogue on that and get people looking at it like are we doing our best at love? Are these situations things that shouldn’t be happening? Should we be treating each other better. I put the question mark to provoke people in a sense.

ESSENCE.com: “American Idol” has been around for 10 years now and it’s a pop culture staple. Were you apprehensive about filling in those big shoes Paula and Simon left?
LOPEZ: Not really, I didn’t think about it in that way. I thought about whether or not it was right for me or not. When they approached me about it… at first the answer for me was no because it wasn’t in my career plan. It just didn’t include that. For me I knew I had an album coming out and I knew I was looking at some films for this year. I didn’t know if it would fit in. Then after I thought about it and they came back at me a second and a third time, I thought maybe it’s something I can think about. I do love the show. I’ve loved it since the beginning. I’ve always been a fan. It could be nice to have to be home with the babies and have them be in one place for a change. So when I decided, I decided to go with my gut and it said this would be a good thing.

ESSENCE.com: At age 41, you were named the World’s Most Beautiful Woman by People. Were you surprised, and what’s your secret to staying so sexy when you’re so busy?
LOPEZ: Yes, I was. I felt overwhelmed and amazing. It takes a lot of work. It is a big juggling act. It’s about taking care of yourself so you can be good for your kids and your husband. Then at the same time they come first — so there’s that juggling act and wanting everything to be perfect and happy and healthy. It’s like any working mom knows, it’s the toughest job to be able to juggle all of those things and do it well. But I think it’s important to take care of yourself. It’s very important — you have to be good for all of these people — always take time that you feel good about yourself by looking good, feeling good, eating right, dressing up doing all the things that give you that self esteem.

ESSENCE.com: This past year has been mega for you. Do you feel like you’ve experienced a career revival?
LOPEZ: I mean, in a sense, yes. For me, I never went away. I just had a maternity leave from work (laughs) and now it’s ramping back up again. So I feel very lucky though and so fortunate and so blessed and so glad that people are still loving what I do. It’s a blessing in this business to have that after all these years.