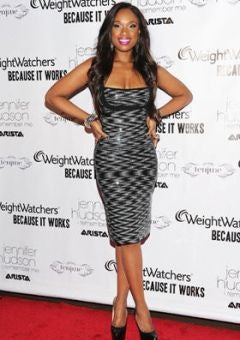 For ESSENCE Music Festival headliner Jennifer Hudson, stepping into her new figure has made her aware that despite her award-winning acting and singing talent, she was discriminated against in Hollywood when she was heavier. Hudson, who recently shed 80 pounds, shared her feelings about her new body image with the UK’s Grazia magazine, saying that the entertainment industry is more receptive to her now that she has lost weight.

The singer revealed, “In this slim world I do now realize I was being discriminated against. I’m offered more parts. There is much more excitement about me now.” While it seems as though casting directors and the public in general have embraced her slimmer physique, Hudson says she’s still getting accustomed to being a smaller size. “Last week I saw some footage of myself as I was five years ago and I was surprised. It was like I recognized myself but I didn’t. It seemed another world away,” said Hudson.

Hudson, also shared with ESSENCE magazine last month that she went from a size 16 to a size 6 to revamp her eating habits and her image. “I wanted to lose weight and I wanted to be a different me. I just wanted a new Jennifer,” she said. Despite the increased attention she is receiving from the media, it is a great thing that Jennifer has made positive changes for her health and has inspired her fans to do the same.