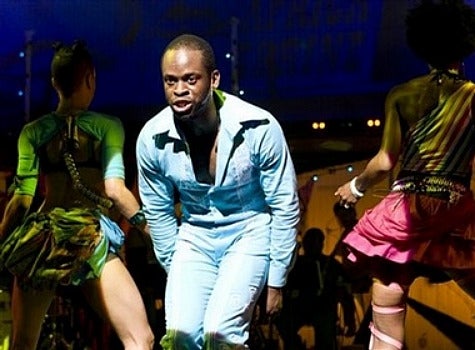 Jay-Z, Will Smith and Jada Pinkett-Smith have signed on as producers of the new Broadway musical ‘Fela!’ According to the New York Times, all three will attend the show’s opening night at the Eugene O’Neill Theater on Monday, November 23rd.

Created by the Tony Award-winning choreographer Bill T. Jones, ‘Fela!’ chronicles the life of Afrobeat superstar Fela Anikulapo Kuti whose classic recordings include ‘Live!’ and ‘Confusion’. Jay-Z and the Smiths’ artistic involvement in the production will like be minimal since the show is already in previews and received critical acclaim for its Off-Broadway run.

‘Fela!’ also marks the first time that the three celebs have worked together. Their names already are marked on the marquee as presenters.