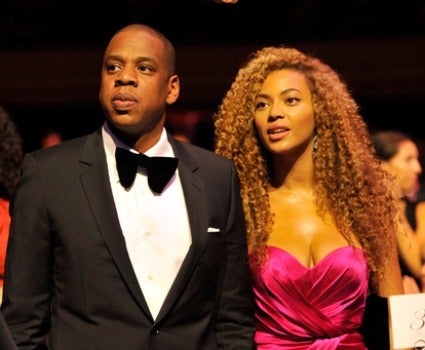 Beyonce probably had a very Merry Christmas thanks to hubby Jay-Z. Reports are swirling that he dropped $350K on Birkin bags and more for his lovely wife. The New York Post reports that Jay-Z paid a special visit to the Hermes store on Madison Avenue on Christmas Eve — shopped in a private room and even skipped his lunch appointment at Nello to complete his shopping. If that isn’t the the definition of last-minute shopping, we don’t know what is. But it’s great to see him purchasing lavish gifts for Beyonce. Especially, since she reportedly spent $2.6 million on a Bugatti Veyron Grand Sport for his birthday. In other Jay-Z news, what’s $350,000 when he’s reportedly set to earn $1 Million for a private New Year’s Eve party in Las Vegas? The soiree will be held at the Cosmopolitan Resort and Casino, and 2,500 attendees are expected. What’s the most extravagant gift you would have liked for Christmas?