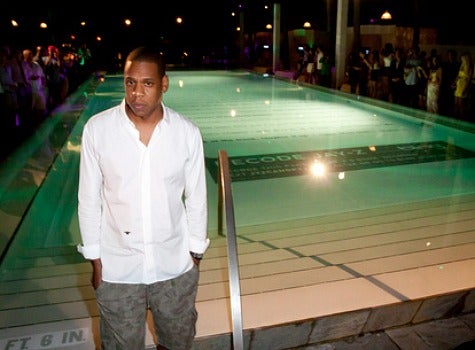 While rumors of his wife Beyonce’s pregnancy were being quelled by her mother, Jay-Z prepared to unveil the first page of his book “Decoded” at Miami’s Delano Hotel on Thursday night, as part of a major campaign with Bing.com. For the next 30 days, pages from the hip hop mogul’s new memoir will be popping up all over the country in a faux scavenger hunt, Bing.com general manager Eric Hand told the crowd. We took all the pages from Jay’s book and put them out into the world,” Hand said. “So for the next 30 days pages will be released, decisions will be made and you can decode those pages through clues on Bing.com/Jay-Z.” The first page was found at the bottom of the pool of the Delano and includes lyrics to Jay’s 1999 mega-hit “Big Pimpin’.” We wonder where the next page will pop up.