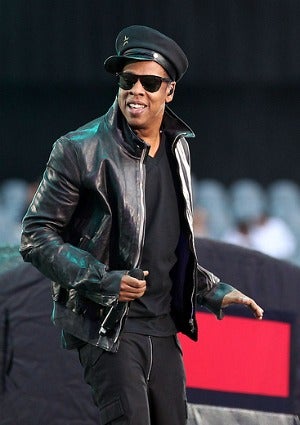 Jay-Z plans to bring in 2011 with a star-studded performance in Las Vegas. The rapper will take the stage as part of a luxurious New Year’s Eve party at the $3.9 billion Cosmopolitan Hotel. To prepare for the bash, Jay has reserved 50 rooms at the lavish hotel, which boasts 2,995 rooms, 12 restaurants, a 100,000-foot casino floor, Chandelier Bar and lounge, with fixtures created with over 2 million crystals. He “requested the rooms for his entourage and for his personal security,” a source told the New York Post. It is rumored that he’ll be making a cool million for the performance, but that has not been confirmed. Although we don’t now if Bey’s attending, other celebrities expected at the event include Jennifer Lopez, Marc Anthony, Tyler Perry, Rashida Jones, and Selita Ebanks. If you could throw your own celebrity New Year’s Eve bash, which stars would you invite?