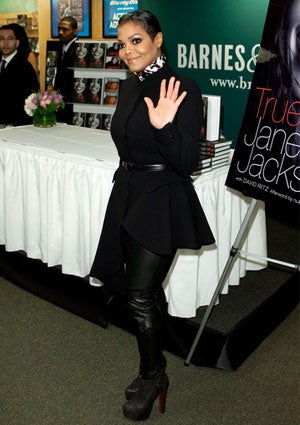 Simply put, Janet Jackson is a New York Times best-selling author. Her book, “True You,” soared to the top of the list shortly after it was released. “I am excited to share my story, and the lessons that I have learned on my journey to finding and loving myself, ” says Jackson.

“True You” is an intimate look at Jackson’s private life. She’s normally tight-lipped and ultra private, but the book offers a small glimpse into the youngest Jackson’s path to happiness.

As you know, Jackson is on her “No. 1s” tour. “My tour is up close and personal and I can think of no better way to be close to my fans than to meet them at these book signings” she said.

Jackson smiled and posed for photographers at a recent book signing in New York City. She’s said to be heading to the west coast soon to appear on L.A.’s “Book Soup,” according to The Boom Box. Also, most recently the star signed a production deal with Lionsgate to produce movies.