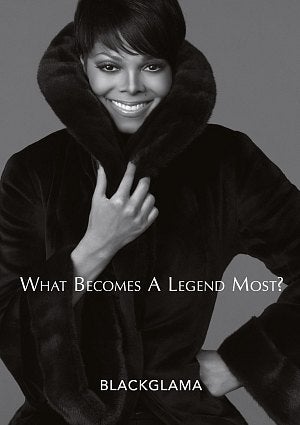 Janet Jackson slipped into something quite comfortable recently when she donned a Blackglama fur for the company’s “What Becomes a Legend Most?” ad campaign, WWD reported. Jackson joins other legends Diana Ross, Sophia Loren, Elizabeth Taylor and Liza Minnelli as faces of the iconic campaign. Photographed by Rocco Laspata at New York’s Milk Studios, the ads are set to launch in September 2010. In addition to multiple magazine inserts, Jackson and her fur will be hoisted up in Time Square at Broadway and 45th Street for everyone to see.