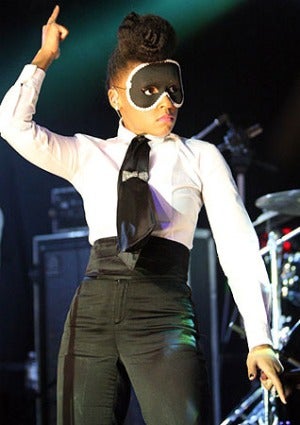 Janelle Monae is taking some of that out-of-space style of hers to the road. The talented ESSENCE Black Women in Music honoree recently announced plans to join Katy Perry’s “California Dreams” tour this summer.

Monae has already made quite the splash on the music scene. With Diddy as her Bad Boy label head and music mentor, the talented artist released a top-selling album, “The ArchAndroid” and was nominated for three Grammys this year.

“This is just the beginning of my career so to be recognized at such an early stage just gives me more encouragement and hopefully I can open up doors for more young girls,” Monae told ESSENCE.com in an exclusive interview. The Android artist will hit the road with Perry after headlining performances with Bruno Mars on their “Hooligans in Wondaland” tour.