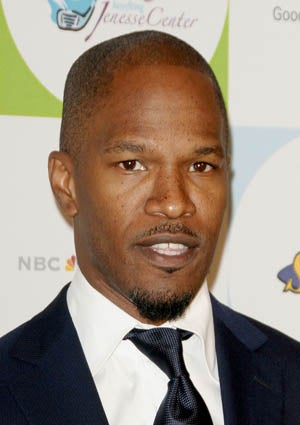 Oscar winner Jamie Foxx is ready to hit the music scene again, this time with his album called “Best Night of My Life.” The album, which was previously called “Body,” is scheduled to drop December 21 and features songs with Drake, Rick Ross, T.I. and Justin Timberlake. The “Ray” star is also working on two film projects. One new comedic project that just finished production stars Foxx alongside Jennifer Aniston and Jason Bateman and is called “Horrible Bosses.” In the film, Foxx plays “Motherf**ker Jones.” The film follows three friends conspiring to murder their awful bosses, who are standing in the way of their happiness. Foxx also teamed up with fellow funnyman Martin Lawrence for the new drag comedy “Skank Robbers.” The film, based on their respective TV characters Shenehneh and Wanda, was originally intended to be a parody for the 2009 BET awards. But, fans made the skit larger than life, and producers decided to make a film starring the comedy kings. “Skank Robbers” is scheduled to be released in 2011.